You’re probably reading this because you’re tired of standing in a pool of dirty, soapy water every time you take your shower!

The thing is, a slow bathtub drain is nothing less than disgusting. And that’s why we’ve pieced together a complete guide detailing how to remove shower drain cover and unclog the drain.

What clogs a shower drain?

While a shower drain cover prevents little objects from slipping down into the drain, it’s unable to stop hair from plunging into the drain. It only manages to bar things like bathroom razor blades, hair clips, shampoo caps, and loose pieces of jewelry.

Hair falls into the drain and accumulates inside. Over time, the hair buildup creates a clogged drain that eventually prevents your bathtub from draining as fast as it used to.

Under worst circumstances, clogged bathtub drain is completely unable to drain the water, leaving a distasteful pool of grimy water in your bathroom.

The good news is, removing the debris that caused the drain to get clogged is not such a difficult task. All you need to do is learn how to take the shower drain cover off and fix the clog.

You’ll need a Philips head screwdriver (or a flat one) to loosen the screws holding it in position. This type of drain cover can have one screw in its center or two screws along its edges.

The flip-it drain cover is also simple to remove without any hardware. All you got to do is clasp the cover and spin it gently as you draw it out of the drain.

Switch the cover to its open position, and then turn it counter-clockwise to loosen and remove the cover. You can also detach the entire mechanism, thanks to a threaded, flathead screwdriver opening on the cover that ensures smooth unscrewing.

Other options also have a rocker-arm style. You’ll need to uncover the attached arm by flipping straight up. Then pull it horizontally to remove the drain cover.

The lift-and-turn drain cover is more or less the same as the push/pull variety. Place the cover in the open position and check if the stopper is held in place by a screw.

If there’s no screw holding the stopper, simply turn the cover counter-clockwise and remove it. But if there’s a screw, slacken it just slight enough to remove the stopper.

You shouldn’t confuse the push/pull shower drain cover with its lift-and-turn counterpart.

While holding the stopper in place, turn the push/pull cover counter-clockwise to unscrew the upper knob. You’ll see a brass insert under the stopper. Use a flathead to unscrew it, and then lift the stopper.

Note: Some of these tools may be optional depending on the type of your shower drain cover.

How to Remove a Snap-On Shower Drain Cover: A Step-By-Step Guide

Leaving the shower drain clogged can create a significant damage to your comfort and convenience in the bathroom. You need to take charge and clean in and around the drain regularly to keep the risk of clogging to a minimum.

These simple tips on how to remove a shower drain cover are straightforward to apply even if you’ve never done it before. Guess the best part?

Once you’ve mastered these DIY solutions on how to remove the shower drain cover, you’ll no longer need to hire any plumber to do the job for you. You’ll be able to induce the ultimate comfort into your bathroom without spending any dime. Cool, huh! 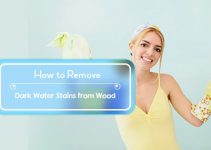 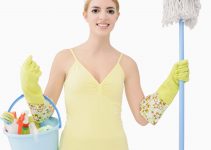 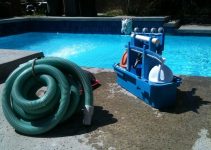 I’m Liam McCabe, a home and appliances expert. I created this site to be your reliable source of information regarding home appliances and Accessories. At Wisely Pick, I deliver more than just home & appliances reviews. I’m proud to be the founder of wiselypick.com; the platform is helping hundreds of appliances buyers every month!

Thank you for subscribing.

we respect your privacy and take protecting it seriously